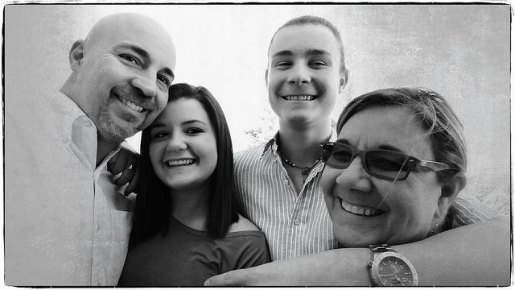 Are kids conceived thru 3rd party reproduction (donor sperm, egg, embryo, or surrogacy) less attached to their families and are their parents less happy?

People have speculated for years that families and children conceived through third party donation (donor sperm, donor egg, donor embryo, and surrogacy) would be less attached, have different parent-child dynamics, and be less psychologically adjusted than families and teens that were conceived. The research is beginning to come in to answer that question.

As the mom of teens and beyond, I’m wary of research on “how the kids are doing” that looks at young children—even elementary school aged children. If we want to really assess the impact of third party reproduction on the kids and families we need to follow these children and families into the teen years and beyond.

Adolescence is where kids start wrestling with their identity and the bloom is off the parenting rose—so to speak. If we are going to see differences, it is more likely that these will appear during adolescence. Fortunately for us, some of the research is now coming in.

One longitudinal study has been following 88 families formed by third party reproduction matched with 57 families formed through natural conception for 14 years. The families covered donor sperm (31), donor egg (28), and surrogacy (29). Both the mother and the adolescent were interviewed and asked to fill out questionnaires.

In other words, it was a well-designed study. The number of families studies wasn’t large, but that is common in longitudinal studies.

Some have expressed concern that families formed via third party reproduction would differ in parenting quality, attachment, and psychological adjustment. The results of this study and others indicate that these families are highly functioning in relation to parent psychological well-being, and the quality of adolescents’ relationships with their parents. Parents who used donor sperm, donor eggs or surrogacy are not more likely to reject their child or have increased strain in parent-child relationships at adolescence. The teens did not differ from naturally conceived teens, regardless whether they knew how they were conceived.

Have the Teens Been Told How They Were Conceived

The researchers also wanted to know how the teens who had been told of their conception were doing and if they differed from the teens that didn’t know.

Some of the third party reproduction parents in the study have disclosed to their children how they were conceived: 39% of donor sperm families, 64% of egg donation families, and 86% of surrogacy families. Some were told as young children and a few were told over the age of 10. (3 DS families, 5 ED families, and 1 surrogacy family told their children when they were 10 or older.) I’m not surprised by these percentages because they reflect what we see at Creating a Family as well.

Adolescents who were aware of their conception showed a clear understanding of it, with the majority expressing a neutral or indifferent attitude. They did not differ in their psychological adjustment from those teens conceived via third party reproduction who had not been told or those teens conceived naturally.

And this my friends, is what we’ve been saying all along. It is not a big deal to children whether their parents used donor egg, donor sperm, or a surrogate. The big deal is having been lied to by not being told. I wouldn’t be surprised if the full impact of not knowing their medical history hits these adolescents as they enter their adulthood, but I doubt it will effect their psychological adjustment or relationship with their parents.

For a really great discussion of all the existing research on how donor conceived families, single mom families, lesbian families, and families made possible by surrogacy are doing, listen to this interview I did with the wonderful Dr. Susan Golombok, one of the preeminent researchers on these topics.

Do the results of this study surprise you at all? What can we do to encourage more families who conceive via donor egg, donor sperm, or surrogacy to tell their children?

Other Creating a Family Resources You Will Enjoy

Third Time’s the Charm: A Mother’s Gift to Her Daughter
Discovery and Adoption:

Register Online for IAC Events
Warning: count(): Parameter must be an array or an object that implements Countable in /home/customer/www/iaccenter.com/public_html/wp-content/plugins/testimonials-by-woothemes/classes/class-woothemes-widget-testimonials.php on line 87

“I learned a lot and also had an emotionally moving experience. The perspectives of the Counselors expanded my understanding, and the people who talked about their personal infertility or adoption were so amazingly genuine and open. I would recommend these workshops to anyone whose life is touched by infertility or adoption.”